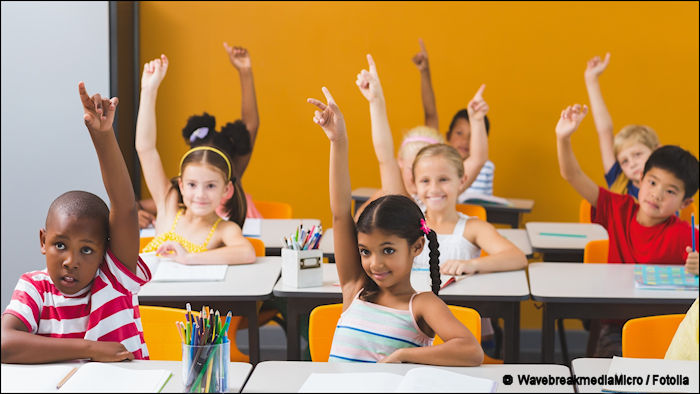 While preparing to teach a Bible class at a small Christian classical academy, I encountered a sticky theological and philosophical issue, which I thought it best to avoid. These are only children after all. They can only handle so much, right? But as we read one of the passages that included the issue, which I was trying to avoid, a sixth-grade student raised their hand: “What does it mean that God hardened Pharaoh’s heart?”

I took a deep breath. How does one explain a biblical statement with significant implications regarding God’s sovereignty and human responsibility—something theologians and philosophers have grappled with for centuries and still do? I shared with the class that there are also references to Pharaoh’s hardening his own heart, that there appears to be an interplay between Pharaoh’s stubbornness and God’s response to it. Whatever I said and however I said, it seemed to satisfy the student and the class (at least for the time being).

I share this story to show that children can handle complex concepts when given the opportunity. They are often more able to learn more than we give them credit for. In light of this, I want to share a few thoughts on teaching children the Bible and complex theological concepts.

In the mid-70s, I first encountered the ability of young people to grapple with deep theological concepts. I was a fairly new believer, and I was working at a large Jewish camp in Quebec. It wasn’t a religiously oriented camp, but we did have special programming on the Sabbath. I was still a relative novice regarding the Bible, but I’d become somewhat familiar with its contents pretty quickly. One Saturday morning I helped organize discussion groups where the children rotated from room to room for presentations and short discussions with a spiritual theme. I had found a book for children that covered some key Bible characters. I don’t remember why I chose the section on Job, but I was amazed at how keen the children were to discuss the issue of unjust suffering.

Years later, I played a taped lecture for my own children (the oldest was 16) by Cambridge University theologian and musicologist Jeremy Begbie. The lecture spoke on how particular aspects of music can uniquely illustrate important theological concepts. Not only did my kids understand it, they loved it!

I did, however, have to pause the recording and explain what Begbie was saying. Vocabulary choice and specialized technical terminology can be an obstacle at any age. But once the unfamiliar words were explained, my children grasped and retained the teaching. I am not saying that all children can grasp a high level of complexity, but the assumption that they necessarily require simplicity is unfounded.

Accessible Does Not Mean Easy

Our own general approach to the Bible as adults plays a part in how we oversimplify Scripture in order for children to understand its precepts. The Protestant Reformation provided a much-needed correction with regard to the individual’s relationship to the Bible: it was rightly understood that every believer should have unfettered access to Scripture.

But wresting control of biblical understanding from church leaders, thus providing large-scale accessibility of the Scriptures to the masses, doesn’t make the Bible easy to understand. Yet that appears to be what a lot of people expect. They think, if we can sufficiently understand the Bible without formal theological training, then understanding it must be easy-peasy. But that’s not a logical conclusion. Ability to do something doesn’t imply that it’s easy to do.

Do the Hard Work of Exploring Theology

If we allow ourselves to be honest about the Bible, we might accept that much of it is difficult to understand. Tragically, we too often cope with the difficulty by oversimplifying our theology. Preachers can succumb to the temptation of portraying themselves as biblical experts, reducing multidimensional, ambiguous, nuanced stories into moralistic, formulaic sayings. If anything, the Bible repeatedly forces us to stop and think, inviting us to ponder and plumb its depths.

Does this mean that understanding the Bible is only for highly trained professionals? No, the problem isn’t our inability to understand the Scriptures’ complexities, but that we are too easy on ourselves, insisting that it be simple when it is not. Proverbs 2 encourages us to seek for wisdom as hidden treasure. That’s back-breaking, difficult, and sometimes confusing work, but it’s worth it and it’s doable.

When I teach the Bible to adults, I am aware that many are used to simple teaching. But that doesn’t stop me from exposing them to its grand vistas and unsearchable depths. I am careful to explain my terminology but confident that human beings made in God’s image and indwelt by the Holy Spirit are more than able to grasp the intricacies of theological complexity when given the chance.

If children can, so can you. To help children plumb the depths of Scripture, we need to first take the time to ponder, not just read. It can be surprising how much more we can get out of our reading by taking time to think it over.

Don’t neglect the author. Pray for God’s illumination before, during, and after you read. As you are able, set extra time aside to study passages of interest or difficulty. After you have prayerfully searched the Scriptures, look up what others have written. If you are not theologically trained, you can ask someone to point you to reliable resources. The more you grapple with the complexity of Scripture, the better you will be able to draw your children into the vastness of God’s revelation.

The Indivisible Scriptures The Bible: Faith’s Basis
Scroll to top