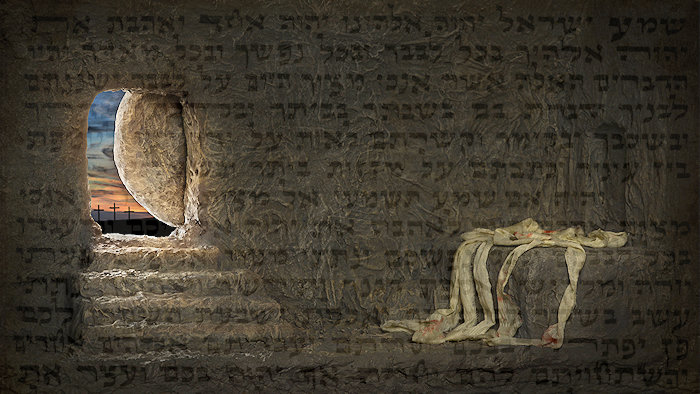 Does your faith depend on the Bible? Or does it depend on God? Is it believing in the Bible that makes someone right with God? Or is salvation the result of believing in Yeshua (Jesus)? I think even the most biblically impassioned would say their faith is in God, that their reconciliation is based upon what Yeshua did for them through his sacrificial death and resurrection from the dead. While the Bible documents what God has done, it’s not faith in the Bible that saves us, but the faith to which the Bible testifies.

Does it follow then that our faith is not based on the Bible? A reasonable conclusion, no? Scholar N.T. Wright in his book “Scripture and the Authority of God” makes a good case for Scripture’s authority being understood as God’s authority exercised through Scripture. In other words, the Bible’s authority isn’t in and of itself. It has authority, but only as it is an expression of God’s authority.

I can see why some people would want to correct what they perceive to be an unhealthy overemphasis on Scripture. Obviously, the Bible isn’t God or a god. Without a vibrant, humble, and dynamic relationship to the God of the Bible, it can easily become an idol. Yeshua’s charge of hypocrisy on the part of some of the religious leaders of his day demonstrates how we can get wrapped up with Scripture, all the while being disconnected from the God whom it reveals. It’s so easy to fool ourselves into thinking we are being true to Scripture and yet have little or no connection to the one who inspired it.

But can we have authentic connection with God apart from Scripture? Yeshua didn’t seem to think so. After his resurrection, he joined two despondent disciples on the road to Emmaus incognito. We might think the key to convincing them of his identity would have been to show them that he had come back from the dead, but that’s not what he did. Instead he said to them:

“O foolish ones, and slow of heart to believe all that the prophets have spoken! Was it not necessary that the Christ should suffer these things and enter into his glory?” And beginning with Moses and all the Prophets, he interpreted to them in all the Scriptures the things concerning himself (Luke 24:25-27).

The Messiah deemed it necessary to instruct his followers in the Scriptures first before revealing himself as the resurrected Lord. His resurrection was essential, but only within the context of Scripture.

Paul concurs as he states that both Yeshua’s death and resurrection were “in accordance with the Scriptures” (1 Corinthians 15:3-4). Without the Scriptures, meaning the Hebrew Scriptures (aka the Old Testament), Yeshua’s resurrection is a paranormal phenomenon open to interpretation. Yes, five hundred plus people claimed to see him after he died (see 1 Corinthians 15:6), and there is good reason to regard their testimony (as documented in Scripture) as valid. But what it all means is not self-evident. The implications can only be understood via God’s written revelation. Without the Scripture, the resurrection is no basis for faith. What the resurrection does is confirm Scripture. The Jewish Bible was already true; the resurrection fulfills its anticipation, taking that truth to the next level in its historical development for both its original audience and the rest of the world.

So, while the resurrection confirms Scripture, our faith is based on the Bible after all. By the time the Hebrew Scriptures were completed, God had instilled in the Jewish people an understanding of God and life, which included their anticipation of a coming deliverer (aka “the Messiah”). The road to Emmaus was not the first time Yeshua appealed to Scriptural authority as the basis for who he was and what he was doing. Throughout his life, he lived according to its precepts and fulfilled its expectations. He understood like no other that these writings were endowed with his Father’s authority. Following his ascension to heaven, his Jewish followers continued to base their teaching on Scripture.

Seeking to base our faith on God and what he has done outside the bounds of Scripture not only leaves the Bible unnecessarily vulnerable to abuse, but also everything the Bible teaches, including God himself. This may seem overly reactive, but that’s only because at first such an approach appears to be a genuine reflection of God’s truth as revealed by Scripture. Yet once the biblical moorings are cut, it isn’t long before the content of our faith becomes skewed beyond recognition, and we find ourselves shipwrecked along with every other man-made attempt to remake God in our own image.