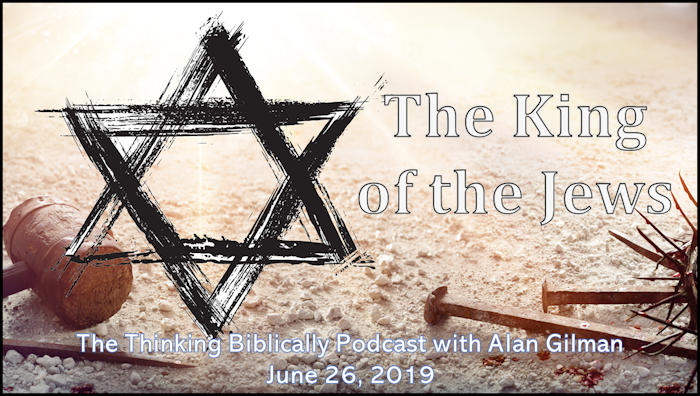 God’s creation is a wonderfully integrated complexity of things visible and invisible. To effectively navigate the world in which we live, it is necessary to not only acknowledge these two realms but learn how they interrelate. For a biblically grounded believer in Yeshua, the existence of the two realms should be a given. Yet how they work together isn’t easily understood. When we regard the spiritual world as more real than the natural one, for example, it necessarily implies that the physical world is less real, whatever that might mean. Yet, in actuality, as confirmed by Scripture, there is only the real world; nothing is less real. Besides God himself, there is only what he has created, visible and invisible. Anything else simply doesn’t exist.

As human beings, we ourselves are made up of seen and unseen elements. While we interact with the spiritual elements of life, we do so within the physical realm via our bodies. The only exception to this is in death, when we experience a temporary loss of physicality until the resurrection.

Our tendency to diminish or disregard the essentiality of our physicality works to undermine how God has revealed himself within the creation. Experiencing God is something that happens in and through our bodies, through the circumstances of life—in history in other words. According to Scripture, God revealed himself in real time in and through real people doing real things. This is expressed through the various elements of human engagement: family, community, politics, and so on. It’s the full description of these true stories that are the basis of our knowledge of God and his ways. The truth of God is not hidden within the narrative of Scripture; rather it is revealed through it. We are in danger of disassociating truth from Scripture when we reduce its narrative to theological principles and moral lessons.

Few events in Scripture are mistreated in this way as much as the crucifixion of the Messiah. On the outset, I am not saying that the tomes of theological considerations derived from this most crucial event are therefore illegitimate. The unjust death of the Son of God is perhaps the densest and most profound thing that has ever happened or will happen. Its implications are virtually limitless. That, of course, doesn’t justify every claim of truth that has been attempted as a result. It’s just to say that it is good and well to ponder even the most minute aspects of Yeshua’s sacrifice. My concern over disconnecting the event from its historical context, however, is twofold. First, failure to do so opens the door to all sorts of fanciful interpretations, such as likening the Messiah’s death to a pagan myth, turning it into some sort of modern hero story, or oversentimentalizing it. Second, the tendency to mine the event for spiritual and timeless truths and principles easily misses key and meaningful historical elements within the real-world situation it occurred.

One such element that has not been given the level of consideration that it deserves is the charge under which the Romans executed Yeshua. It was customary for charges to be nailed on the cross over the head of the alleged criminal. Under God’s providence the representative of that day’s world power, the governor Pontius Pilate, executed the Messiah for being “the King of the Jews”. Note that he wasn’t executed for insurrection, as if he claimed to be king but was not. That’s what some of the Jewish leadership would have preferred. From a human perspective, that also makes a whole lot more sense. Yeshua was leading a messianic movement that the majority didn’t recognize as genuine. The Jewish political and religious leadership rejected it, while Rome, the imperial power, was really good at keeping would-be rebels in their place.

But Pilate purposely didn’t phrase the charge that way. He wanted to make sure the Jewish crowd knew what Rome thought of Jewish kingship of any kind. He didn’t really know what he was doing. As far as he was concerned, he was mocking the Jews. He didn’t know that his arrogance was the tool God was using to proclaim the identity of the true King of Israel and savior of the world.

How ironic that Caesar’s representative was setting the empire up for the exaltation of the earth’s rightful sovereign. But there’s more than irony going on here. Rome’s disdain for the Jews as expressed through Pilate is essential to grasping Yeshua’s true identity. Failing to understand Yeshua’s being the King of the Jews as vividly reflected precisely in this moment undermines our understanding of who we are and prevents us from fulfilling our God-ordained mission effectively.

Let me explain. Pilate’s mockery of the Jewish people through Yeshua’s crucifixion represents the world’s disdain for God’s plans and purposes. God had determined that the oppression of the curse endured by the human family ever since our first parents’ rebellion in the Garden would be alleviated through the descendants of Abraham, Isaac, and Jacob. God chose Israel as his instrument of blessing to the world, culminating in the Jewish Messiah, the King of the Jews. Throughout history, the forces of evil have especially focused on the Jewish people for no other reason than chosenness. The term used to describe this unique form of injustice is anti-Semitism.

When the Son of God became human in order to save the world, he didn’t just become a man; he became a Jewish man. On one level, this was necessary, because it was prophesied as such. But his embracing Jewish identity was not so that he could simply check off of a predictive checklist. He entered into a life of service as the ideal Chosen One among chosen ones. He willingly took on Jewish stigma, which culminated in his crucifixion. His death for sin on the cross was dramatically proclaimed in terms of intimate identification with the Jewish people.

This highlights the terrible ironic tragedy of the continued Jewish misunderstanding of this event. What was intended by God as ultimate Jewish identification—Yeshua suffering under perhaps the worst case of anti-Semitism of all time—has been twisted into ongoing Jewish disdain by the very people who claim to have benefitted by his loving act of sacrifice. The cross should have been a sign of Jewish fulness and salvation not the symbol of the so-called Christian anti-Semitism it became.

That Christians would show disdain towards Jews is bad enough. The New Testament is clear that arrogance on the part of non-Jewish Yeshua followers towards Jews is completely inappropriate (see Romans 11:7-18). Such a negative attitude would have never been the case if Christians would have sufficiently identified with the suffering King of the Jews. Appreciating the Savior in his suffering for sin on our behalf necessitates appreciating the practical context in which his suffering occurred. He died a horrific death under evil’s disdain for Israel, God’s chosen. As the King of the Jews, Yeshua bore the brunt of Jewish stigma for us all. To identify with the King of the Jews, therefore, necessarily includes bearing that same stigma and identifying with Jewish suffering whether we be Jewish or not.