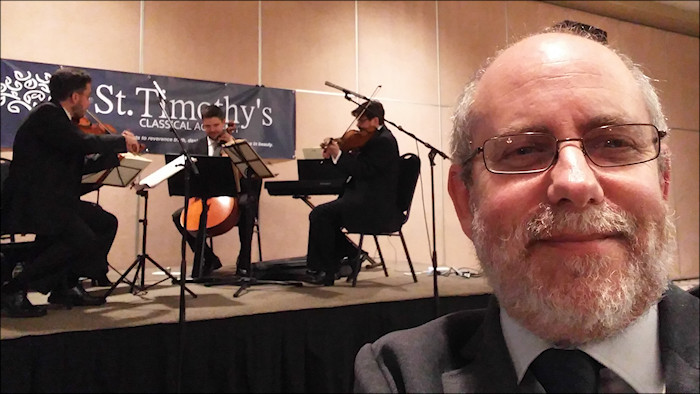 A wonderful string quartet serenaded us over dinner at this month’s St. Timothy’s Classical Academy Starry Night Gala (apologies to the fourth member hidden from view!).

As you may be aware, I am the part-time Bible teacher at St. Timothy’s Classical Academy in Ottawa. I am in my fourth year of developing and teaching the Bible class to grades five through eight. Apparently the school leadership deemed me to be the best candidate to MC their first-ever gala fundraiser dinner. Speaking in front of people, I understand. MC a gala! Of that I am not too sure. My first thought upon being asked was, “But I don’t have a tux!” It turned out the attire wasn’t as “gala” as that, which is fine given my lowly station in life.

Because I can talk in front of crowds, people think I can talk in front of any kind of crowd, I guess. After the fact, I am glad to report that it went really well. I am extra glad, since I believe St. Timothy’s is worthy of support given its commitment to the classical values of goodness, truth, and beauty, all built on a strong Christian foundation.

In keeping with the values of the school, one of the presentations was an a cappella choral ensemble made up of mainly alumni. The young people sang a most beautiful selection of serious songs, but that’s not why I am sharing this with you.

The event was in a banquet hall, the kind that can accommodate two groups at a time with the use of a moveable wall. On the other side of the wall was a party, a very loud party. To be fair, for the most part, we could hardly hear the other crowd. What did strongly emanate from their side was the bass. As our choral ensemble was serenading the classical tastes of the patronage on our side, we were being assaulted by an incessant “boom, ba-boom, boom ba-boom, boom, boom, boom, etc.”

As I watched and listened, trying not to be distracted by this invasion of low frequencies, I was in awe for two reasons. First, in spite of being under an acoustic attack, the choral group kept on keeping on. And they did so without losing their rhythm or tone. The more they sang, the more I was amazed. Then, I really saw what was going on. What was happening before my eyes and ears was a demonstration of what St. Timothy’s is all about.

When we think of an alternative educational institution such as St. Timothy’s, we may think in terms of it being an escape from the outside world. Our own ten children have been homeschooled. Perhaps for some, such approaches are indeed regarded as enclaves, fortresses of protection from what we perceive to be malevolent societal forces. But that’s not how we have seen our homeschooling nor is that what St. Timothy’s is. What it is was illustrated by the choral ensemble.

The prevailing culture is bold and brash. Its intent is to pull the hearts and minds of people, young people in particular, down its selfish and destructive anti-family, inhuman path. It seeks to drown out dissent through blaring propaganda, promising unending pleasure, but delivering alienation and despair. In the midst of this darkness we, like the choral ensemble, are called to faithfully sing the sounds of heaven on earth. We are called by God to articulate his goodness, truth, and beauty undistracted by the clamor of the culture. As we do, by God’s grace, we will make the difference we have been designed to make.

While parents should protect their children from true spiritual and physical danger, the goal of their education isn’t to protect them as much as it is to equip them to fill the world around them with the sounds of God. Let us, together with our children, sing the Lord’s song in a foreign land.

My experience with the choral group was near the part of the evening when I was to encourage the guests at the gala to consider giving to the school. What I saw through these young people provoked me to give a much more impassioned plea than originally planned. At that moment the essentiality of the mission of St. Timothy’s was absolutely clear to me, and I did my best to convey that.

END_OF_DOCUMENT_TOKEN_TO_BE_REPLACED 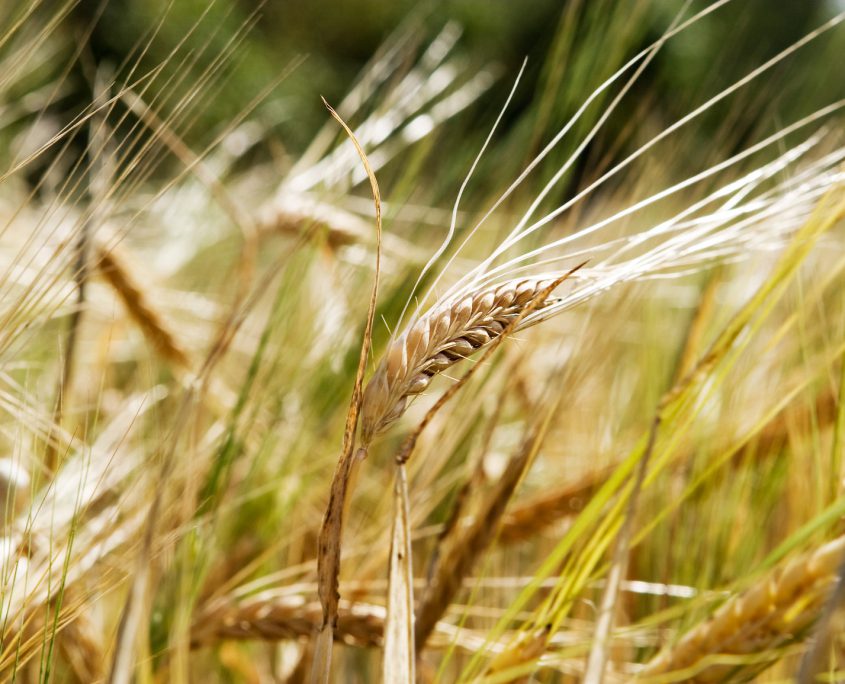