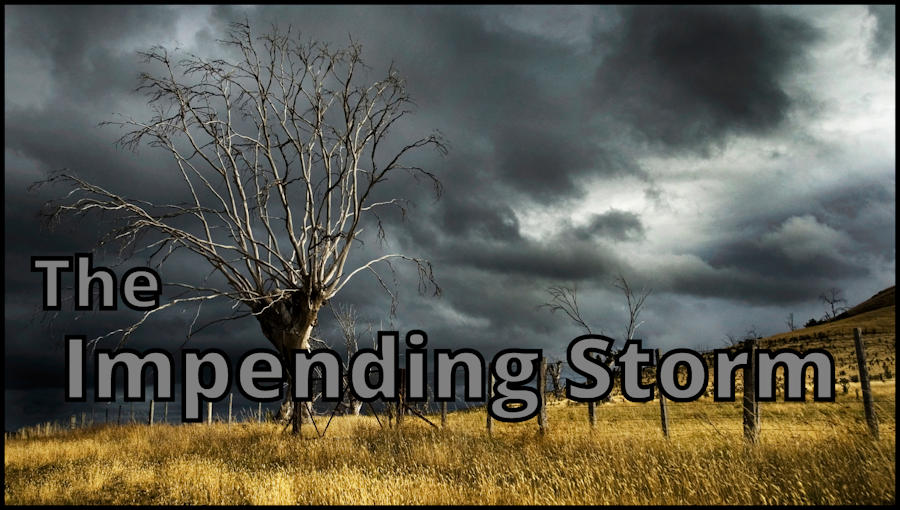 A major regret of mine from the past couple of years has been my lack of understanding of what’s been going on in the world. I know I am not alone in being confused, though you may not share my regret. Perhaps there are some who are reading this who are convinced they have a handle on the various dynamics influencing our day. Or you may think it’s no big deal.

Yeshua seems to think it is. Listen to his strong words on this subject:

He also said to the crowds, “When you see a cloud rising in the west, you say at once, ‘A shower is coming.’ And so it happens. And when you see the south wind blowing, you say, ‘There will be scorching heat,’ and it happens. You hypocrites! You know how to interpret the appearance of earth and sky, but why do you not know how to interpret the present time? (Luke 12:54-56)

The Messiah here is criticizing the crowds for not being able to properly understand their social climate. Before delving into what this is all about, note that in this instance he is speaking to the general population, not leaders, be they religious or political. Elsewhere he targets leaders specifically, not here. Here, he is talking to common folk..

Yeshua begins by affirming people’s ability to predict the weather. We moderns arrogantly tend to think of ancient peoples as completely ignorant of scientific matters. It is we who possess highly sophisticated instruments and systems enabling us to make accurate predictions. What did they have? Nothing but superstition? Seemingly not. According to Yeshua, their observations of earth and sky provided them with sufficient information to prepare for upcoming weather conditions.

God endowed human beings with a high level of analytical ability. From earliest times, we have been able to assess both opportunity and danger in order to plan accordingly. Whether or not this was done perfectly is besides the point. The same ability that enabled us to effectively engage our environment in ancient times has also spurred us on to improve upon what we have learned along the way.

However more advanced we may be in our day, Yeshua clearly affirms human ability to observe and understand environmental conditions. It is on the basis of this affirmation that he criticizes the crowds. He expects that this proven analytical ability should also be active in determining an effective understanding of social climate. Not only does he chastise the crowds for their inability to interpret the times they are in, but he also accuses them of being hypocrites as a result.

Hypocrite is derived from the Greek, “hypocriteis,” meaning “actor” or “pretender.” Why English translators of the New Testament prefer the loan word, hypocrite, over actor or pretender, I don’t know. It would add impact to Yeshua’s confrontation of some of the Jewish religious leaders of his day. To use such a word, not only calls out how fake they were, but likens them to pagan stage performers.

We are used to public authority types being called hypocrites, but why does Yeshua call the crowds, the common folk, “actors” or “pretenders”? How does their (our?) ability to understand the weather but not the social climate make them hypocrites? Using it for religious leaders makes sense, especially when they present themselves as righteous and godly, when it’s nothing more than a big act. But how is it acting or pretending to effectively predict weather but not properly understand the times in which we live? It’s not as if they (or we) are pretending to understand what’s going on in the socio-political realm. There may have been people who were doing that, just like there are such people today. I may not be able to call out political and media types for purposely misrepresenting the truth, although they exist. But that’s not what Yeshua is referring to here.

Remember, he first affirms people’s ability to predict the weather. The accusation of hypocrisy is due to their having this ability while not being able to interpret the times they were in. Here’s my explanation: From the beginning, God had given human beings the responsibility to care for Planet Earth. By making humans in his image, God gave us the ability to do that effectively, which would include having the necessary insight to do so. That God has given us this ability is evident in our interpreting the weather. It’s a gift of God to humanity that we can observe phenomenon and notice recurring patterns to the extent that over time we can anticipate outcomes. If we have this God-given ability to understand weather patterns, how much more should we be using it to understand social patterns.

In Yeshua’s day, there were various social patterns leading to a most devastating religious and political storm. Yet, people, not just leaders, were acting as if this was not the case. It’s not as if the Jewish people in first century Israel were completely unaware that things were not good. The exile from Babylon ended centuries before under the Persian king Cyrus. While this was a direct fulfillment of prophecy most of the other associated predictions had not come to pass. The biblical prophets had appeared to suggest that along with this return would be great spiritual revitalization of the people and an all-encompassing overflow effect on the whole world led by the Messiah. But instead, Israel continued to be under foreign oppression, a tell-tale sign that all was not right between them and God.

Not only was life under the Romans difficult, it was based on compromise. This was chiefly reflective in the relationship between the temple priesthood and Rome. Israel’s religious system was to be under God not Caesar. Yet it was Rome that appointed the priestly leadership in Yeshua’s day. This is one of the reasons for the Pharisees’ disdain for the priestly class, the Sadducees. The Pharisees were rightly concerned for issues of purity and holiness, but in their zeal they added a great many requirements that were overly burdensome for the people, thus making God’s actual requirements onerous for the common person. Then there were the Zealots, who believed that Rome could only be overcome by force, while others, like the Essenes, gave up on everyone and everything else, setting up their own communities in the wilderness, seeing themselves as the only faithful God followers.

These conflicting interests, including Rome’s agenda, created a ticking timebomb. Yeshua attempted to call people to the type of faithful obedience and loving humility that is essential for godly living. But instead, the divisions, the self-righteousness, the compromise, and the party politics would lead to the destruction of the temple and a two-millennia-long exile.

According to Yeshua, the common people should have known better. They had been given both the ability and the responsibility to recognize the social conditions that were leading the nation down a most destructive path. In addition, the people of Israel had also been gifted with the Scriptures. All peoples have been equipped and assigned by God to make wise determinations, but only Israel had been entrusted with God’s special insight regarding all of life. They had no excuse in failing to understand their times.

And neither do we. In fact, if the common people of first century Israel deserved this harsh critique, how more so do we? We have the benefit of an additional two thousand years of history and experience. We have seen many more societal patterns than they did. We also have access to an incomparable amount of documentation and analysis. By now we should be able to figure out what’s going on.

For many this is a far too arduous task. Few believe they have the time or knowhow to give this the consideration it deserves. Too many of us are too quick to pick a side. We choose some self-identified expert to speak on our behalf without taking personal responsibility to discern what is actually going on. Moreover, we are discouraged from thinking for ourselves by the polarized mobs who seek to shame those who don’t agree with them. Our political leadership uses this against the population for their own agendas. Religious leadership is often too afraid to take a stand lest they cause division in their congregations. Whatever may be preventing us from making thoughtful determinations with regard to the current social climate, Yeshua says we are hypocrites for not doing so.

This is why I do the Thinking Biblically podcast. Through biblical teaching and interviews, I want to help you think through how the Bible provides God-given insight into how to effectively engage the world in which we live. Far more than we realize, the Bible shines light on the darkest corners of both societal issues and our individual lives. As we open our hearts to all of God’s Word, he will equip us to navigate these ever-increasing troubled times.

Yeshua’s critique of the crowds should encourage us, because it confronts us with God’s expectation of human beings. We were made to understand what is going on. With God’s help we can do this. I hope you will join me in this endeavor.

A Hanukkah Love Story Progress, but in What Direction?
Scroll to top