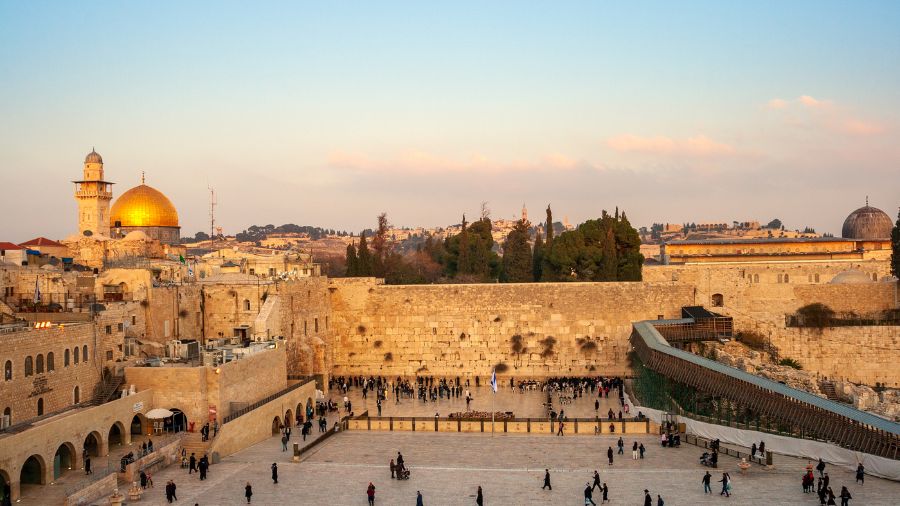 The Temple Mount captured by Israel on July 7, 1967 illustrates the complexity of the work of God in our in our lives.

But we have this treasure in jars of clay, to show that the surpassing power belongs to God and not to us. (2 Corinthians 4:7)

Earlier this month, June 10, was the fiftieth anniversary of the end of one of the most world-changing events in human history – the Six Day War. I remember it, sort of. I was nine years old, living in Montreal, where we were consumed, not by the affairs of the Middle East, but by Canada’s biggest party ever! – Expo 67. It was the centennial year, commemorating one hundred years since “Confederation,” when we became a “self-governing dominion of the British Empire with a federal structure” (https://en.wikipedia.org/wiki/Confederation#Canada). We like to think that’s when we became an “independent country,” but that’s another, pretty complicated, story. 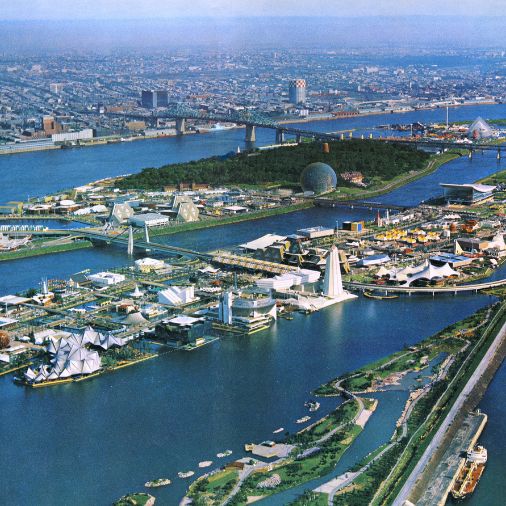 All sorts of special events took place throughout the country in 1967, but nothing was like Expo. From April through October, Expo welcomed over 50 million visitors, including many heads of state such as Queen Elizabeth and French president Charles de Gaulle. During his visit on May 25, U.S. President Lyndon B. Johnson signed a proclamation commemorating the Rush-Bagot Treaty of 1817 of one hundred and fifty years earlier, which was a disarmament agreement between the United States and the United Kingdom, the governing power over what later became Canada. This treaty “created the world’s longest east-west boundary – 5527 miles, and the longest demilitarized border in the world” (https://en.wikipedia.org/wiki/Rush%E2%80%93Bagot_Treaty). What the public didn’t know at the time is that the U.S. President and the Canadian Prime Minister, Lester B. Pearson, had other border issues on their minds as they discussed the possibility of war between Israel and its Arab neighbors. While Canada was partying it up, the fledgling State of Israel was on the brink of destruction. While the one-hundred-year-old vast country was enjoying unprecedented peace with its neighbors, the nineteen-year-old one was about to engage in a fight for their survival. 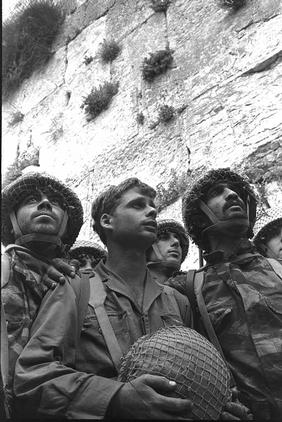 Israeli paratroopers stand in front of the Western Wall in Jerusalem. -GPO 06/07/1967 – http://www.sixdaywar.org/content/photos.asp

Fifty years later, it is almost impossible to imagine the situation Israel found itself in. Egypt, Syria, Jordan and Iraq were intent on wiping Israel off the map. Ironically, Israel, instead, changed the map. Planning only to undermine their enemies’ ability to destroy them, Israel more than tripled its territory in only six days, capturing the Sinai Peninsula, the West Bank, and the Golan Heights. There was no greater turn of events, however, than the capture of the Old City of Jerusalem. Taken by the Jordanians nineteen years earlier in the War of Independence, the Jewish inhabitants of the Old City were either killed or expelled. Access to the Wailing Wall (now the Western Wall) was forbidden to Jews. The reunification of Jerusalem on June 7, 1967, more than any aspect of the Six Day War, strengthened Israeli nationhood and reconnected the Jewish world to its ancient homeland. In Israeli hands the holy places of the world’s major religions are protected, something that was not the case before that day.

To Israel at the time, with a few exceptions, such as Jerusalem, the captured territories were regarded as bargaining chips for peace. But tragically the Arab world would not come to the table. Still, Israel’s victory of those days along with its commitment to get along with its neighbors eventually did lead to peace treaties with Egypt and Jordan. But despite whatever positives resulted from this astounding military event, they are obscured by a great ambivalence as the tension between Israel and its neighbors continues.

For many, the continuing difficulties faced by Israelis and Palestinians obscures one of the greatest military victories of all time. But what was the alternative? The armistice lines of 1949 were no long-term solution. Israel could not reasonably live within such indefensible borders. The new state wasn’t even recognized by the Arab world – a reality that continues in much of the world today. But since 1967, Israel has been in a much stronger position, allowing it to thrive in spite of ongoing tensions. Few nations could achieve what the Jewish nation has in such a short time under such circumstances. And to think that just prior to the establishment of the state, six million Jews were systematically murdered by an almost-successful genocidal plot.

Far from a sense of ambivalence, we should be awestruck by the Six Day War and its aftermath. Instead of the harsh judgement incessantly targeting Israel, we would do better to celebrate its fortitude and resilience in the midst of an intolerable pressure cooker. Most countries would either crumble or disappear in the face of much less. Not Israel. The pressure instead has created a jewel that should be the envy of the world.

Why should we insist that an endeavor be regarded in a positive light only if the results are 100% positive? Life doesn’t work like that. A life-saving surgery, for example, might result in a scar or a disability, but wouldn’t we still celebrate the surgery as long as it met its main objective, that of saving a life?

The fact is the whole world, not just the Middle East, is not what it should be. Injustice, disease, death, and every kind of evil is part of the human story everywhere. What Israel endures on a national scale is no different from the trials and tribulations we all face due to what the Bible calls sin. But that doesn’t stop millions of people from pretending otherwise.

On a personal level, I have been slow to accept the realities of living in a world so affected by sin. Even with the reality of God in my life and the lives of my loved ones, I am still learning to navigate the brokenness we all share. The Bible tells us that we are fragile, breakable vessels containing great treasure. Because of what the Messiah has done for us, even though the presence and power of God fills our lives to overflowing, the troubled aspects of our humanness are not eradicated. To expect perfection from ourselves and others is a dead-end. We will learn to thrive only as we accept the great number of ambiguities that continue in this age.

The challenges we face as individuals are so wonderfully demonstrated by Israel. God’s covenantal faithfulness to the natural descendants of Abraham, Isaac, and Jacob is vividly displayed through a long and troubled history; no less so in the events of June 1967 and following. The ongoing tensions certainly need to be addressed, just like the issues in our own lives. Let’s not be put off by the presence of problems. Rather, let’s look to God for his help in the midst of them.