You are the light of the world. A city set on a hill cannot be hidden. Nor do people light a lamp and put it under a basket, but on a stand, and it gives light to all in the house. In the same way, let your light shine before others, so that they may see your good works and give glory to your Father who is in heaven. (Matthew 5:14-16; ESV) 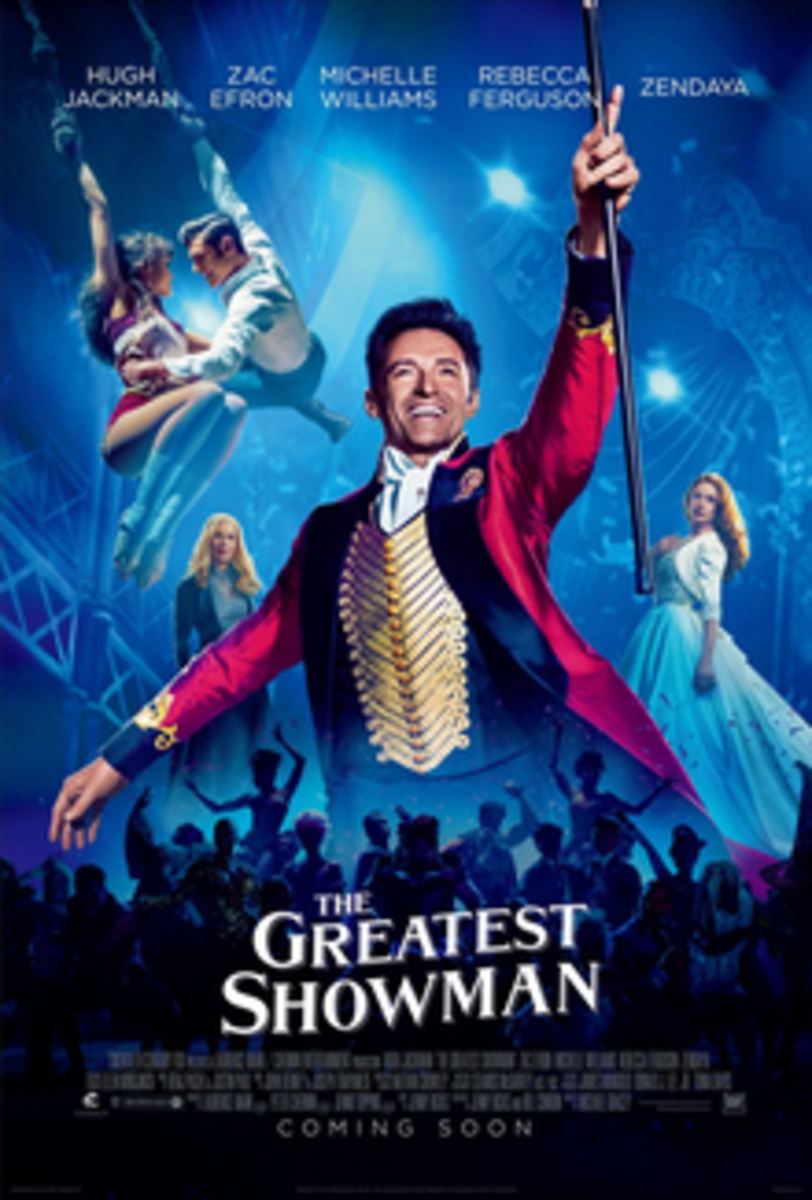 I was doing my fatherly duty to my sixteen-year-old daughter during the holidays by taking her to see the movie “The Greatest Showman,” a musical based on the life of P.T. Barnum. Some time before, I had seen enough of the trailer to know I wasn’t interested. One of my older daughters told me she liked it, but didn’t say much else, except the music was contemporary, which I thought was pretty strange given that the story takes place in the mid-19th century. Strange or not, a dad’s gotta do what a dad’s gotta do; so off to the movie we went.

I am not sure when it happened – it may have been during the third musical number (“Come Alive”) – I began to see the special something of this film. By the time it was over, I concluded I had just witnessed a leap in the evolution of movie entertainment for the 21st century. The makers of “The Greatest Showman” had accomplished the convergence of compelling story-telling and superb talent as expressed via extraordinary songs and choreography, all the while upholding family values, in such a way so as to instill hope and joy in the audience. And they did it at a time that may be the most cynical in all of history.

Regarded as the movie’s anthem, “This Is Me,” recently won the best original song at the Golden Globe Awards. It captures the fundamental theme of the film, which on the surface may be taken as the overdone “follow your dreams.” While the movie is laced with a good dose of the typical “you can be whatever you want to be as long as you want it badly enough,” it goes much deeper than that. It reaches out to the hearts of those who, for one reason or another, don’t allow themselves to have dreams in the first place.

There are two levels of human oppression. The first is typified by the people of Israel in bondage in Egypt. Trapped against their will, they hold on to the great promises of the past as they cry out to their God for deliverance. In no way should we diminish the difficulty of such a state. Yet the second level of oppression is a lot worse. This is when we either do not know we are oppressed or if we do, we simply accept it. The power of this second level of oppression is chiefly derived from self. Without our cooperation, there would be hope for change. But hope can be too painful. It is a lot easier simply to accept our plight as it is, thinking we are making the best of an impossible situation.

Surprisingly, the second level isn’t often realized until sometime after being rescued from the first. We see this in Israel after the exodus. It isn’t until the people face the challenges of freedom that the depths of their internal oppression become clear. Even though they are no longer slaves to Pharaoh, it is evident they are still entrapped in their own fear and faithlessness. Unable to rise up to their high calling in God, they eventually yearn to return to their house of bondage in Egypt, where they feel more at home.

How many Yeshua followers experience something similar? Our initial encounter with the Lord is glorious as we discover freedom and a power to live beyond our wildest dreams. But it isn’t too long before “reality” sets in and we begin to wrestle with the specters of the past, not to mention new challenges and problems we never had before. That’s when we, like Israel of old, are tempted to return to our old predictable lives, preferring our former taskmasters to the scary unknown that’s ahead.

“This Is Me” is the refusal to give into that temptation. It is a call to embrace the reality of who we really are and not give in to the manipulative deception of shame designed to push us back into the shadows of disengagement. Having tasted freedom; we will not be enslaved again.

Reflecting on this song from a biblical perspective demands at least a couple of considerations. First, I am aware the film and this song in particular is being framed by many as a celebration of “diversity,” which in our day has come to take on a technical meaning in society, especially in relationship to individuals who embrace certain lifestyle choices. Tragically, more and more people regard all forms of shame as oppressive as if morality itself is the problem needing to be eradicated. But while there may be a tendency to leverage “The Greatest Showman” in this way, that’s a metaphorical stretch. The coming out of circus “freaks” Barnum provides is not a green light for the pursuit of unrestricted human desire, but a true celebration of the humanity intrinsic in the image of God embedded in all of us.

The second consideration is of particular concern to me personally. I understand the power of shame calling me into the shadows. That might surprise those of you who are only familiar with me as a speaker and writer, but for now just take my word for it. Because of my tendency to hide away, I love songs and stories that call us out to face our giants or climb the mountain – to be whatever it is we are meant to be against all odds. “This Is Me” is definitely one of those songs.

In the context of the film, the song challenges the notion of “You don’t belong here.” The temptation for many is to agree and go back into hiding. The song rejects that, asserting the opinions of others will no longer get in the way of one’s contribution to the world. But isn’t expressing this so aggressively as in “bursting through the barricades” or “gonna send a flood, gonna drown them out” arrogant? There’s a part of me that thinks so and would rather return to the shadows. In the film, however, these are metaphors to insist we be fully present in the situations we find ourselves in, not allowing others to diminish us. Yet many believers, including myself at times, think it is godly to be diminished as if that is the essence of true humility.

Some justify hiding away through an oft-misused Scripture which relates the words of John the Baptist as he neared the end of his public ministry (see John 3:22-30). When John’s disciples mentioned to him that people were beginning to flock to Yeshua, he said, “He must increase, but I must decrease” (John 3:30). I can’t tell you the number of times I have heard people use this in prayer, asking God to demonstrate his power, while keeping themselves from being noticed. Sounds humble, I know. But that has nothing to do at all with what John the Baptist was saying or with true humility. John was explaining that his task of introducing the Messiah was nearing completion, which was why more people were going to Yeshua than to him at this stage. Now that his job was almost done, it was time for him to fade into the background, so to speak. Prior to this, he had an essential part to play in which taking center stage was required.

Hiding away is not humility, but fear due to shame. The aggressive posture of “This Is Me” is not really toward others, but toward ourselves. In spite of the freedom secured by Yeshua on our behalf, we remain our own brutal taskmaster, standing in the way of all God wants us to be both in and through us. We don’t oppress ourselves completely on our own. We leverage the impressions and opinions of others, past and present, to justify our continued imprisonment. But we are no longer slaves, we are fearless children of God (see John 1:12; Romans 8:15; Galatians 4:6-7).

Far from hiding in the shadows, we are to let our light shine for the world to see. Yet many of us have been intimidated into the shadows, shamed into silence, agreeing that we don’t belong. But we do! The song declares “I’m not scared to be seen; I make no apologies.” Apologies are appropriate when we have wronged God or others. But we are not to apologize for being “me” as if we have no God-given place in the world. We have nothing to be ashamed of. How can we be when we have the very help the world is desperate for? That they don’t know it is beside the point. That we don’t know it undermines what God wants to do in the world.

God wants to do great things through his people, but he can’t use us if we are hiding away. Sure, we are weak and wounded. We make mistakes – sometimes big ones – but he can handle that, especially if we cooperate with him. Nothing is going to happen if we hide in the shadows. It’s time to come out and let ourselves be seen for who we really are.