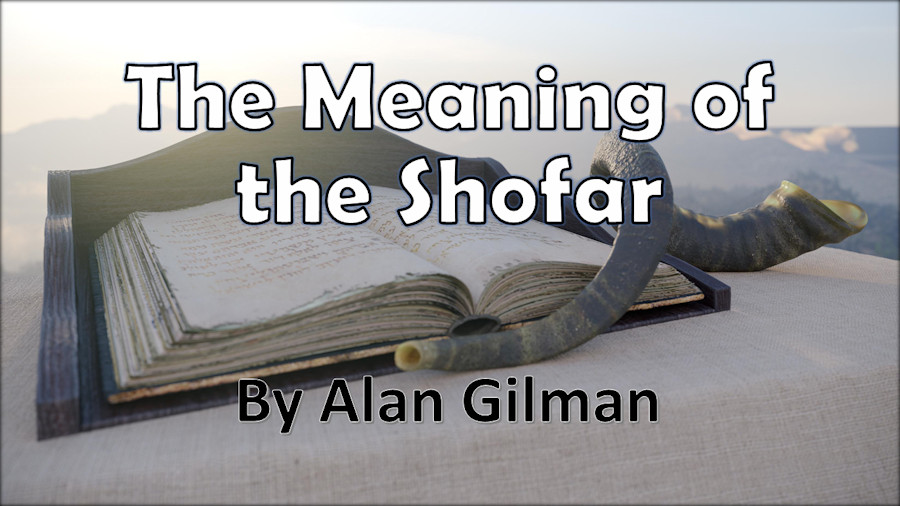 In the third book of the Bible, Vayikra/Leviticus chapter 23, verses 23-44 is a description of three special observances that were to occur each year around September/October. The first is often referred to as “The Feast of Trumpets,” and became known as Rosh Hashanah, the Jewish New Year. It begins this year the evening of September 18. Ten days later is Yom Kippur, the Day of Atonement, beginning the evening of September 27. Five days after that is the Festival of Sukkot (Tabernacle or Booths), beginning the evening of October 2.

These three observances are intimately connected in that the first two provide intense preparation for the third. In the midst of the busy fall harvest time, the people of Israel were to stop for a day of reflection to remember God. This was to get the people’s attention so that they would be ready a week and a half later for a full day of humiliation and repentance on Yom Kippur. The restoration provided by that most solemn day enabled the people to engage the over-a-week-long celebrations associated with Sukkot.

We fool ourselves into thinking that we can rush into thanksgiving festivities without taking the previous two weeks to get ready first. We are so busy with so many distractions. Yet God wisely knows that he needs to get our attention first by reminding us of things we so easily forget.

A Time to Remember

The Feast of Trumpets was to be “a memorial” (v. 24) marked by “blowing.” Most translations fill in what it was to be blown, even though the passage nowhere states explicitly what instrument was to be used. Traditionally it is the “shofar” (English: ram’s horn). Also, while the act of blowing was to function as a memorial, we are not told what it was we were to remember. The connection of this day with the other days mentioned above allows for a general reminder of the things of God, but the use of the shofar in particular brings to remembrance some key biblical events and ideas.

The Meaning of the Shofar

I am going to share several passages that reference the shofar and provide some suggestions as to what therefore we should remember when it is blown. In most English translations of the Hebrew Scriptures, the word shofar is translated either as horn or trumpet. Horn, of course, is better, since it clearly shows the difference between the use of a hollowed-out animal horn and a man-made metallic trumpet. In each of the following cases, I have replaced whatever English word was used with the original Hebrew word, shofar.

The Covenant on Mt. Sinai: Redemption and Revelation

On the morning of the third day there were thunders and lightnings and a thick cloud on the mountain and a very loud shofar blast, so that all the people in the camp trembled. Then Moses brought the people out of the camp to meet God, and they took their stand at the foot of the mountain.

Now Mount Sinai was wrapped in smoke because the LORD had descended on it in fire. The smoke of it went up like the smoke of a kiln, and the whole mountain trembled greatly. And as the sound of the shofar grew louder and louder, Moses spoke, and God answered him in thunder (Shemot/Exodus 19:16-19).

The blowing of the shofar reminds us of God’s rescue from bondage, his commitment through covenant faithfulness, and the gift of his Word.

The Walls of Jericho: No Obstacles Are Too Great for God

The falling of the great walls of Jericho following the sounding of the shofar reminds us that when we are in God’s will, doing what he wants us to do, nothing can stand in our way.

God Alone Is King: Let Us Boldly Acclaim His Rulership

God has gone up with a shout, the LORD with the sound of a shofar (Tehillim/Psalms 47:5)

As the shofar blast proclaim God’s rule, so should we, boldly and without fear.

God Is Worthy of Praise

The shofar reminds us that God is worth celebrating. We make a big deal over far lesser things. So let us make some joyful noise about God!

The Voice of the Prophet: We Need To Speak Up More

“Cry aloud; do not hold back;
lift up your voice like a shofar;
declare to my people their transgression
to the house of Jacob their sins. (Isaiah 58:1)

As the voice of the prophet is clear and distinct, the shofar encourages us to not hold back, but to speak up for God and his ways, clearly and unashamedly.

Blow a shofar in Zion;
sound an alarm on my holy mountain!
Let all the inhabitants of the land tremble,
for the day of the LORD is coming; it is near (Joel 2:1)

The shofar was used as a practical device to get people’s attention. In this passage it is as an alarm to warn God’s people of his coming judgement. One of the great Jewish thinkers of all time was Moses Maimonides. He was a rabbi, physician, and philosopher in Morocco and Egypt, who lived between 1135 and 1204 AD. What he said with regard to what people should think of as the shofar is blown goes along with this:

Some of you might catch how these words sound similar to other words written long before Maimonides, from the New Covenant Writings:

“Awake, O sleeper, and arise from the dead, and [Messiah] will shine on you.” Look carefully then how you walk, not as unwise but as wise, making the best use of the time, because the days are evil. (Ephesians 5:14-16)

The shofar, God’s alarm clock, is to alert us as to the nature of the times in which we live. It is so easy to allow cynicism and apathy to lull us to sleep. It’s much easier to go along with the flow, submitting to the pressures of the culture, than to pursue the things of God day by day. As I write this, the world remembers the September 11, 2001 tragedy, which many at the time said was a “wake up call.” But how many of those same people hit the alarm and drifted off to sleep again. Since then the world has experienced alarm after alarm. Eventually it will be too late. Which brings us to the next one.

The Last Shofar: The Coming of the Lord

Then the LORD will appear over them,
and his arrow will go forth like lightning;
the Lord GOD will sound the shofar
and will march forth in the whirlwinds of the south. (Zechariah 9:14)

The day will come, when God himself will blow the shofar to signal the return of Messiah to call creation to account, and judge the world. No more opportunities to go back to sleep. No more chances. This is reiterated in the New Covenant Writings. Since it was originally written in Greek, we don’t know if it is referencing a trumpet or a horn, but the connection with the shofar is clear:

As the final blast marks the great renewal, the beginning of the age to come, when death and all its effects will be no more. For some it will be a time of absolute dread, but for others the greatest moment of their lives. How can we be assured that we will participate in this great event? The shofar the shows way.

He said, “Do not lay your hand on the boy or do anything to him, for now I know that you fear God, seeing you have not withheld your son, your only son, from me.” And Abraham lifted up his eyes and looked, and behold, behind him was a ram, caught in a thicket by his horns.  And Abraham went and took the ram and offered it up as a burnt offering instead of his son. So Abraham called the name of that place, “The LORD will provide”; as it is said to this day, “On the mount of the LORD it shall be provided.” (Bereshit/Genesis 22:12-14)

The Hebrew word here is not actually shofar, but a synonym, “keren.” This reference from the first book of the Bible is foundational for everything else the shofar reminds us of. God’s requirement for the offering of Abraham’s son Isaac was fulfilled through the provision of a ram. All through Scripture the sacrificial system, as established by God, reminded the people that an offering of an innocent animal was the necessary substitute for sin. While this is foreign to most of us today, it is God’s way, all the while pointing the people of Israel to the perfect and final offering of the Messiah on our behalf. His life was accepted in place of ours, so that all who trust in him would enter inherit eternal life. It is no coincidence that among all the things that happened to him during his unjust arrest, trial, and execution, when he was mocked by the Roman soldiers, they placed a crown of thorns on his head. Yeshua, like the ram of Abraham’s day, found himself caught in a thicket, and was offered in our place. Like Isaac, we too may go free.

The shofar gives us so much to think about, but we will not be able to fully appreciate all this unless we are in right relationship with God through the Messiah. By accepting Yeshua as God’s provision, everything else becomes clear. The shofar sound not only will reverberate in our ears, but the fullness of its meaning will fill our hearts.

Watch and listen to the shofar now:

All scriptures, English Standard Version (ESV) of the Bible

Moving Mountains Are You Listening?
Scroll to top