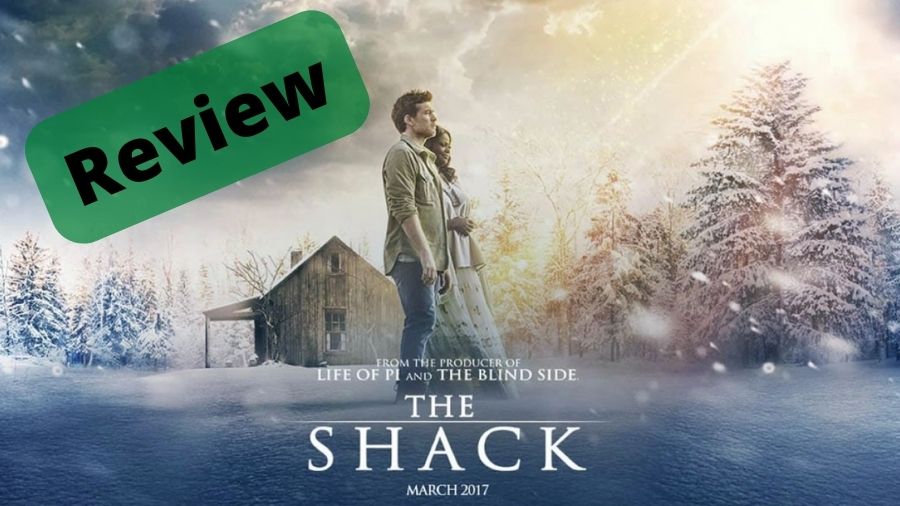 The movie version of the best-selling book, “The Shack” is due to be released this coming March. Trailers have begun to pop up on Facebook along with excitement from fans and caution from detractors of which I am one. “But it’s just a book,” they say. “It’s just fiction,” they say. And soon it will be: “It’s just a movie.”

Well, we don’t know how the movie will fare, but “just the” book has sold over 20 million copies. I have heard countless times how this work of fiction has transformed lives or helped people understand God in new ways. And this is from bible believers. Story, fiction or not, is a powerful communication device. Even the most fanciful tale represents a view of the world and can teach most valuable lessons. In the case of the Shack, the author, William P. Young, has been very clear that his purpose of the book is to teach his understanding of spirituality. No wonder small groups have studied it and the author produced a study guide (“The Shack Study Guide: Healing for Your Journey Through Loss, Trauma, and Pain”). And if that’s not enough, you can purchase the daily devotional (“The Shack: Reflections for Every Day of the Year”), also by the author. Just fiction, eh?

Especially given The Shack’s expressed purpose and its impact, should it not be subject to biblical scrutiny (like everything else in life)? Due to its popularity and its imminent return to center stage due to the coming film, I encourage you to read the following review of the book I wrote some time ago:

I decided to read “The Shack” by William P. Young, because of its great popularity and its enthusiastic endorsement by many Bible believers even though what I had heard about it indicated that it espoused a non-biblical spirituality.

Young deals with many important issues, including free will, the problem of evil, the love of God, forgiveness, passing judgment on others, abusive authority, etc. He does so through the fictional account (made to sound as if true – a key literary device used in “The Shack”) of the main character, “Mack”. Having suffered great personal tragedy, Mack receives a mysterious invitation to return to the place where the tragedy occurred.

At the shack, Mack encounters Young’s depiction of the Trinity, namely “Papa” also called “Elousia” in the form of an Afro-American woman (though in one chapter “Papa” takes the form of a man, because in the experience that soon follows, as Papa says to him, “This morning you’re going to need a father” [p. 210]). Papa as a woman is consistently called, “Papa,” but using the pronoun “she.” Jesus is called “Jesus” throughout and looks Jewish (he has a big nose). The Holy Spirit is an ethereal woman-like person with Asian features, named “Sarayu.”

The bulk of the book is Mack’s conversations and experiences with one or more of these three characters, plus a special appearance by a personification of Wisdom, aptly named “Sophia.” The characters teach Mack what’s what about himself, God, and life.

The style of the book evokes thought and emotion. The reader interacts with the other characters in the story through Mack. Mack is a sort of everyperson with questions about life that many of us have. He struggles through his strange experience with “God” in a way that I expect most of us would. As his heart softens to his experience, I suspect most readers would as well. I cannot say that the author intentionally manipulates the reader, but I have no doubt that if Young would have simply stated his theology, it woud be a lot more difficult to accept.

That Young uses story to communicate supposed theological truths should not in itself be an issue. We could mention many wonderful books that have done just that. The problem with “The Shack,” however is that besides Young’s questionable theology and ideology, he puts his ideas into the mouth of God. Some may not see a difference between C.S. Lewis’s Aslan of Narnia or Bunyan’s characters in Pilgrim’s Progress and the characters of “The Shack,” but both Lewis and Bunyan create fictional worlds through which they seek to communicate their version of truth. The reader in those cases knows that he is entering the writer’s world and is invited to engage their ideas. Young creates a dream-like reality, where the reader’s judgment is suspended and may easily confuse Young’s fiction with truth. While “Papa” and “Sarayu” are extremely unusual depictions of the Father and the Spirit, the “Jesus” character is depicted as simply “Jesus”. To write “And Jesus said” in any genre of writing, is best avoided unless we are quoting Scripture.

To make matter worse, Young’s ideas themselves are far from biblical. As I mentioned, God the Father is depicted as “Papa” and most of the time is in the form of an Afro-American woman. This is reason enough to reject “The Shack” as legitimate. While God in his essence is not male or female, he has revealed himself in masculine terms, as “Father” in particular. While it has become increasingly popular to emphasize God’s “feminine side,” he chose to reveal himself in masculine terms. Jesus told us to pray “Our Father in heaven” (Mathew 6:9). Whatever value there may be in exploring the so-called feminine side of God, the Scriptures never encourage us to image God in feminine terms. Mack is told that the reason why Papa is depicted the way “she” is, is because she loves him and doesn’t want him to fall back into religious stereotypes. Religious stereotypes may indeed be a problem, but not God-chosen biblical imagery. If we have misunderstood what God intends in the Scriptures, the Scriptures themselves will correct us, not new forms of spirituality.

We are given the impression that God’s revelation of himself in the past was due to our need at the time. Since our current need is different, so God now reveals himself (herself?) to us differently. Even if that were true (which it is not), who is to decide how God is revealing himself? Young’s depiction of God is one of his own making. It is not derived from the Scriptures. By using terms such as Elousia and Sarayu, we may suspect unbiblical spiritual sources. The gender-confused “Papa” may fit in with our post-modern society, but has no resemblance to the God of the Bible. And since when does God reveal himself according to our need? Our need is to accept God’s revelation of himself. While God has accommodated himself to our understanding, he has done so in such a way to reveal to us who he really is. To change biblical images based on our needs or anything else is to risk changing the essence of God’s Truth. There is more that can be said about the details of Young’s version of God, but let’s move on.

I mentioned that Young deals with some important questions, but his answers are unbiblical and extreme. For example, he attempts to resolve the issue of God’s sovereignty and our free will by claiming that while God prefers us to do his will, we are always free to make our own decisions. Tell that to Pharaoh and Saul/Paul of Tarsus. According to Young, human institutions (namely religious, political, and economic) are the cause of all the evil in the world. The only things that matter to Young are love and relationships. This is Hippie talk, not Bible talk. Yes there are major wrongs that have been done through human institutions, but the problem is sin, not institutions. Governments, for example, according to Romans 13, have been instituted by God, not man, and they exist for a good purpose. Young “solves” the problem of evil and suffering, by calling us to understand the role that evildoers have in God’s purposes. This is not the “you meant evil against me, but God meant it for good” of the story of Joseph (Genesis 50:20), but it is far more of a Hindu, “everything that happens is from God,” so learn to accept life as it is without question. Yet Jesus taught us to pray “Your kingdom come, your will be done,” not to sing “All you need is love.”

Perhaps the reason why so many Christians love “The Shack” is because for the past several years we have played with and accepted all sorts of unbiblical concepts in the guise of legitimate spirituality. What Young has done is taken our current image of God and truth and rolled it into an appealing emotional package.

In the book of Acts with regard to the Bereans’ response to Paul’s teaching, we read “they received the word with all eagerness, examining the Scriptures daily to see if these things were so” (Acts 17:11). Paul instructed the Corinthian believers, “Let two or three prophets speak, and let the others weigh what is said” (1 Corinthians 14:29). That “The Shack” might challenge our thinking or touch our hearts is one thing. But is Young’s depiction of God scriptural? Are his answers to some of life’s questions truly correct? God expects us to do more than accept something based on its appeal, its popularity, endorsements by famous people, or its emotional impact. We need to weigh whatever we are told and judge its validity based on God’s Truth in the Bible. Based on this standard, “The Shack” falls flat.