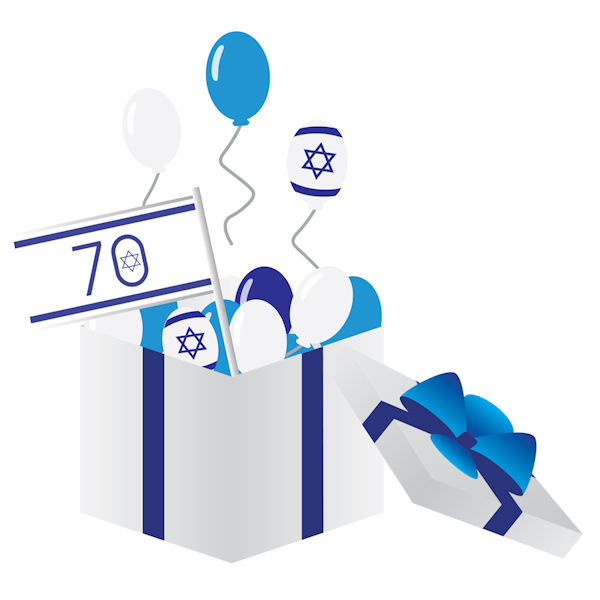 Who has heard such a thing? Who has seen such things? Shall a land be born in one day? Shall a nation be brought forth in one moment? For as soon as Zion was in labor she brought forth her children. (Isaiah 66:8)

I just returned from a very fruitful time teaching to a wide variety of groups on Vancouver Island. I was primarily in the Victoria area, but also presented my “God’s Epic Story” seminar in Ladysmith about an hour north of there.

Being in one of the most beautiful regions on this planet during a very gorgeous time of year wasn’t lost on me. The Lord provided all sorts of wonderful surprises along the way, both in terms of delightful scenic spots and in spending time with old and new friends.

But a week ago Monday was especially difficult for me as it marked 70 years since the birth of the modern state of Israel (according to the Gregorian calendar) and the U.S. became the first country to move its embassy to the capital, Jerusalem. That wasn’t the difficult part,however. What was difficult was the time I spent scanning major Canadian news sources only to discover that they buried the story and/or portrayed it as a Palestinian tragedy. That was a day of Palestinian tragedy is clear, but none of these news outlets provided the kind of complex coverage needed to paint an accurate picture of the whole situation.

The entire world would do well to applaud the achievements of the State of Israel in spite of – even because of -all its challenges. That we have lived to see this day is a great privilege. For 2000 years the Jewish people were relegated to the fringes of both history and the world community. Only a few, first among Christians and only later Jews, aligned themselves with God’s promises in the Bible, and began to envision the return to Zion. Against all odds, from the early Jewish settlers until now, Israel has not only survived, but thrived, and has become a blessing to the world through its advancements in all kinds of technology, all the while facing an existential threat each and every day.

To miss this great accomplishment is to be blind to a miracle of God.

Those who can’t accept Israel’s existence, but rather believe they have a claim on the Jewish people’s divine inheritance understandably cannot join in the celebration. I do believe that the bulk of responsibility for the plight of the Palestinians falls on the shoulders of their own leadership. The refusal to negotiate in good faith and to work toward a compromise agreeable to both parties has been the cause of ongoing strife and unnecessary suffering.

That the media in Canada and elsewhere allows the arrogance and nearsightedness of the Palestinian leadership to define the narrative is absolutely irresponsible and fuels the deception and destruction. Israel cannot compete for media attention when groups like Hamas allow civilians, including children, to purposely be in harm’s way. Such tactics must be condemned. We should insist that all terrorist activity stop, and not be given a public platform in the meantime.

The establishment, survival, and thriving of Israel is a key component of the grand epic story of God as it demonstrates in such practical terms his enduring faithfulness to the descendants of Abraham, Isaac, and Jacob. That all is not well shouldn’t distract us from celebrating this great milestone. At the same time, let us pray for the region that peace may come, and that King Messiah will reign over all.

In Celebration of Biblical Narrative: A Biblical Critique of Jordan B. Pet... Facing Obstacles Canadian Style
Scroll to top